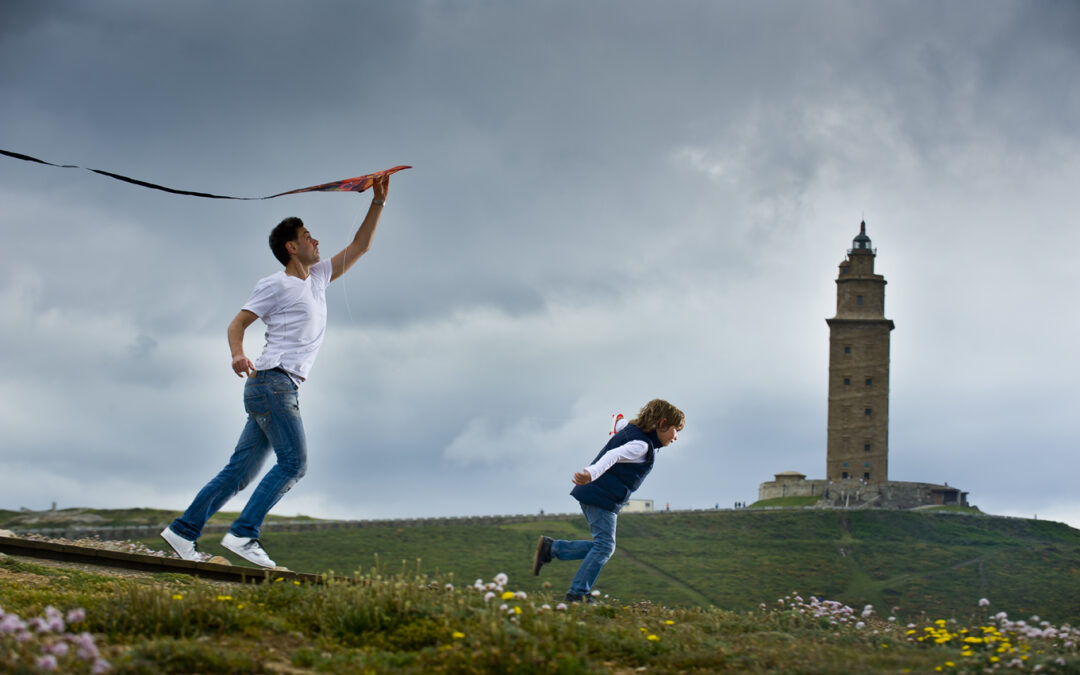 In Episode 27 we started to explore the Galicia region of Spain so we’ll stay in the region and explore A Coruña, which like Vigo is a port city. A Coruña is called the “Glass City” for its unique architectural style of constructing “galerías” (enclosed glass balconies) on the side of its buildings. You’ll find beautiful green landscapes thanks to the climate, and the tides provide excellent fishing conditions, making A Coruña prized for its seafood.

There’s plenty to explore in town, starting with the Tower of Hercules, a landmark above the city. Standing in stark contrast to the modern vibe of this seaside Spanish metropolis, the Tower of Hercules has served as a lighthouse and landmark at the entrance of A Coruña harbour since the late 1st century A.D. It is a UNESCO World Heritage site and continues to function as a lighthouse today. The old town and its beautiful Plaza de María Pita with its magnificent Town Hall building is a must on your list of things to visit in this town. Narrow pedestrianized lanes surround the plaza and a statue of a 16 th century woman stands in the square, memorialized for having warned the town of an invasion by Sir Francis Drake. Monte de San Pedro was a military fort that is now a beautiful park with historic information posted throughout. Located a mile northwest of the city center, it offers exceptional views of the city and coast, as well has having a café and restaurant to savor those views.

About 30 minutes from A Coruña is Santiago de Compostela, the capital of northwest Spain’s Galicia region. It was one of the most important places in Medieval Europe so when you visit it will feel like stepping into the past. Its Old Town has been designated a UNESCO World Heritage Site and is probably best known as the culmination of the Camino de Santiago pilgrimage route. Catedral de Santiago de Compostela are said to hold the remains of the Biblical apostle St. James. There are a number of pilgrimage routes, the most popular being the Camino Frances (The French Way), which starts in France and spans about 780 km, or 500 miles. Some walk the entire route, others do what they can with the time they have. People have been walking this route since the 9 th century, and more than 100,000 a year make the trek. The movie The Way, starring Martin Sheen, explores some of the many personal reasons people take this journey.

Playa de Riazor is about 10-15 minutes from the center of A Coruña and an ideal place to relax, reflect and revive. There are a number of excellent restaurants nearby that showcase the region’s exceptional seafood. You might have a hard time deciding which one to choose.

A Coruña is both modern and ancient and showcases one of the most beautiful and historic regions of Spain. If you’ve never considered making A Coruña a vacation spot, you should. We highly recommend it.

Photo credit: Port of A Coruña