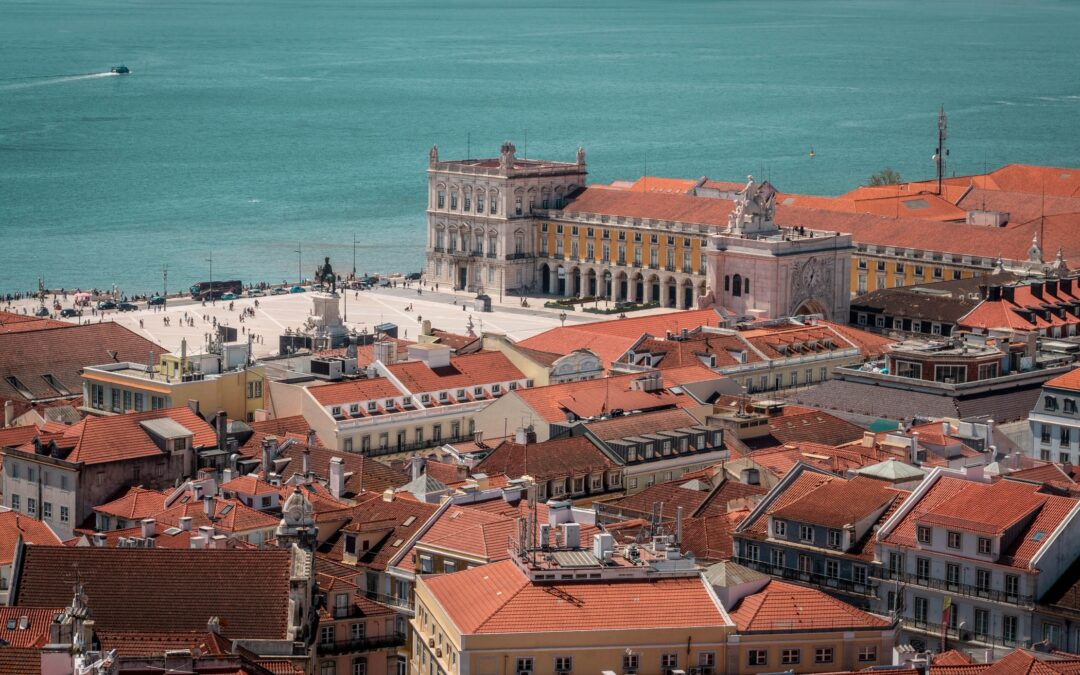 Famously built on seven hills, Lisbon is a bustling and exciting city that boasts a wide choice of activities and fascinating attractions. The city will surely win you over with its genuine friendliness and blissfully laid-back pace. Lisbon is one of Europe’s most visually striking capitals. With its 8th-century squares and parks, fairy-tale castles, art nouveau architecture, panoramic city views and distinctive cuisine your first trip to Lisbon will be one to remember.

Alfama is the historic area of Lisbon and is filled with narrow, winding streets lined with shops, cafes, and restaurants. The name, meaning “hot springs”, comes from the Moors who conquered here in the 8th century. Explore the tiny squares, hidden alleys, and long-abandoned houses while watching locals go about their lives. Within this charismatic district are many of Lisbon’s most important historic buildings, including the Se Cathedral, the Castelo de São Jorge, the Panteão Nacional and the Igreja de Santo António. Alfama is a joy to visit and is often best explored by simply getting lost within the labyrinth of alleys and side streets.

Built in the 16th century, the Belém Tower is one of the most recognizable historical sites in Lisbon. The Tower sits in the middle of the Tagus River, and guards the entrance to the Lisbon Harbor. Walk inside to admire the cannons and descend to the former dungeons before climbing the steep, narrow, winding staircase to the top of the tower for a bird’s-eye view across the Tagus and the city. The tower was added to the UNESCO World Heritage Site in 1983. You’ll want to check out the other nearby monuments celebrating Portugal’s Age of Discovery. The Discoveries Monument was built in 1960 to commemorate the 500th anniversary of the death of Prince Henry the Navigator who discovered the Azores, Madeira, and Cape Verde. Across from the monument is Jeronimos Monastery, another UNESCO World Heritage Site and the resting place of both explorer Vasco da Gama and national poet Luís de Camões.

Praça do Comércio (Commerce Square), is the city’s main square. In the center of the square is a statue of King José I, showing him on horseback wearing his emperor’s mantle, and measuring 14 meters in height. Located on the north side of the square is the Rua Augusta Arch that leads to Rua Augusta, the most prominent boulevard in Baixa. Praça do Rossio (Rossio Square) is situated in the city’s Baixa neighborhood on the northern end of Rua Augusta. This centrally located square with its traditional Portuguese mosaic cobbles has been one of the city’s main plazas for centuries.

One of the things that makes Lisbon such a special city is its proximity to so many truly amazing beaches that are perfect for soaking in the beautiful summer weather. The beaches in the Lisbon region extend along four very different coastlines and range from windsurfing beaches to calm family-oriented beaches and charming resort towns.

An alluring combination of sunny skies, glorious architecture, deep-rooted traditions, and thoroughly modern flair have made Lisbon into a top destination for travelers.