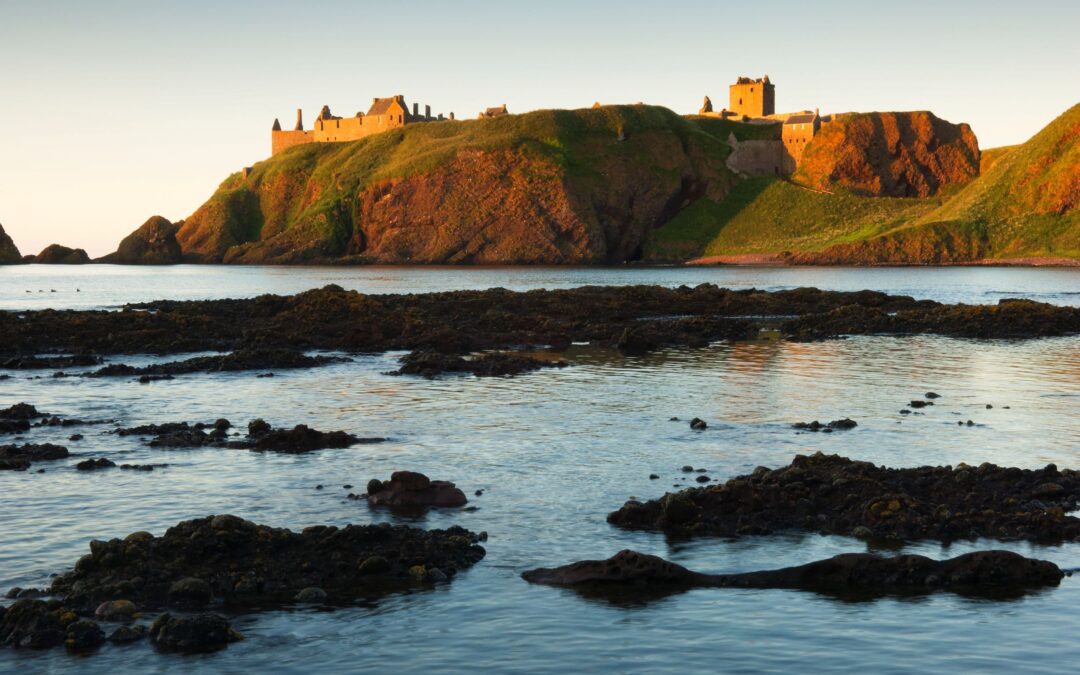 Ahhhh…Scotland…the name alone conjures visions of vast and verdant open spaces, mystical stone circles, the mournful and haunting sound of bagpipes, and the legend of Loch Ness. And there are so many historic castles! We can’t possibly cover it all so we’ll choose Aberdeen as a starting point and venture out.

Aberdeen is where you’ll find the Gordon Highlanders Museum, housing the two hundred year history of men who formed one of the most famous regiments the British army has ever seen – The Gordon Highlanders. The troops were made of farmers and fishermen, laborers and aristocrats and university students. The museum has an extensive collection of historical artifacts, memorabilia and regimental silverware, bringing to life the story of “The Finest Regiment in the World.”

There’s nothing like a well-organized walking tour to give you the feel of a place. Do a bit of research and planning to get the best experience of Aberdeen. A good walking tour of Aberdeen should include the ancient and magnificent Kings College, Scotland’s oldest bridge, a Cathedral with a dark secret, parks and gardens, and a secret graveyard even few locals know about.

In Aberdeenshire visitors can explore a rich Highland history, not to mention possibly the most famous draw for this town. It’s home to the historic and iconic Balmoral Castle, beloved summer retreat of Queen Elizabeth. Originally purchased by Prince Albert for Queen Victoria in 1852, the structure there today was built and completed in 1856 and remains a treasured refuge for the royal family. The castle is usually open to visitors April 1 thru late July or early August and closes to visitors when the Queen arrives for her annual August holiday. Just an hour from Aberdeen, the lavish and immaculate grounds are filled with color. Safari tours give visitors the opportunity to experience the majesty of the surrounding mountains and wildlife, much of which can only be found here. In addition to the safari tour, Balmoral offers a variety of ways to experience this very special place; salmon fishing, gardens walk, rangers walk, golfing or a holiday cottage are all offered. Pro tip for hikers: there are 282 Munro mountains (named by Sir Hugh Munro) across Scotland, and an increasingly popular hobby called “Munro Bagging” means grabbing your hiking boots and trekking up a mountain that reaches above 3,000 feet. The views are simply breathtaking.

Dunnottar Castle sits on a rugged, wild, spectacular coast with sweeping views of the North Sea. It is a medieval fortress located on a rocky headland on the northeast coast. The surviving buildings are largely from the 15th and 16th centuries, but the site is believed to have been fortified in the Early Middle Ages. Dunnottar has played a prominent role in the history of Scotland through to the 18th-century Jacobite risings because of its strategic location and defensive strength. Dunottar has also been in several movies: Franco Zeferelli’s Hamlet (1990), Disney Pixar’s Brave, and most recently 20th Century Fox’s Victor Frankenstein. A visit to Dunnottar will result in some of the most stunning photos of your trip.

What could be more authentic than Highland Games in Scotland? During the summer months visitors can experience the real deal, complete with highland dancing, competitions, bagpipes, and for the bravest of souls, haggis.

With Aberdeen on the coast, and Aberdeenshire in the stunning Highlands, it’s hard to imagine a more perfect union of vast sea and soaring mountains. We suspect you’ll fall in love with Scotland. We did, and we can’t wait to go back.