New Royal Caribbean $100m Terminal at the Port of Galveston 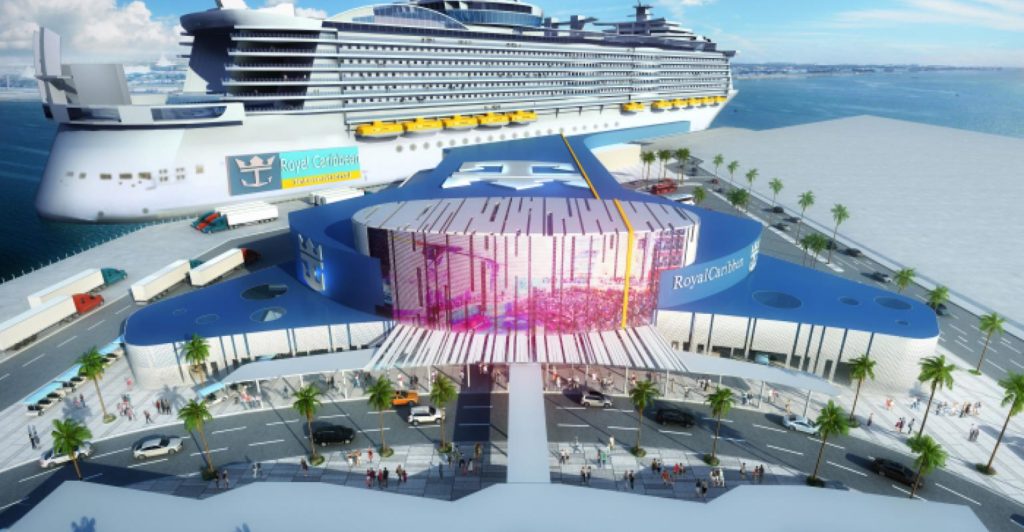 Royal Caribbean International and the Port of Galveston have signed a long-term $100 million lease agreement for a third cruise terminal. The Port of Galveston opened in 2000 and is now ranked fourth in total cruise ship volume with its two existing terminals.  In December 2019, the port hit a record-breaking milestone when it welcomed its one-millionth cruise passenger for the year. Galveston has proven to be a promising port in the past few years, showing a 13% increase in cruise business in 2018. According to the Port of Galveston, this growth has resulted in $1.5 billion in cruise industry direct expenditures and 26,241 jobs with total wages of $1.75 billion in Texas.

The lease is for 10 acres at Pier 10 for a 2-story terminal with about 170,000 square feet. They will begin construction in April 2020, and the expected completion is for fall 2021. The initial term for the lease is 20 years and there are extension options for four 10-year terms.

Bermello Ajamil & Partners is designing the port and working on the port’s 20-year strategic master plan and will include the latest technological features such as mobile check-in and facial recognition.

Other plans to safely accommodate Royal Caribbean International’s largest vessels are improvements to the pier bulkhead and apron, staging and loading areas, bus and taxi staging areas, and of course parking.

The Port Director/CEO Rodger Rees said ‘This is a historic moment, not only for the port but for Galveston. This partnership will bring economic growth to the region and the state by generating new jobs, spending and tax revenues. It also will bring more visitors to the island, a popular tourist destination’. Cruising has become a big part of life for American travelers, Texans included, and the Port Director is excited for the future of Galveston: ‘Galveston is on course to become a global destination for cruising, and we are thankful for partners like Royal Caribbean.’

The newly completed terminal will welcome Allure of the Seas in November 2021. This ship will have new restaurants, the tallest waterslide at sea with a 10-story plunge, and other fabulous improvements to accompany the brand new terminal.